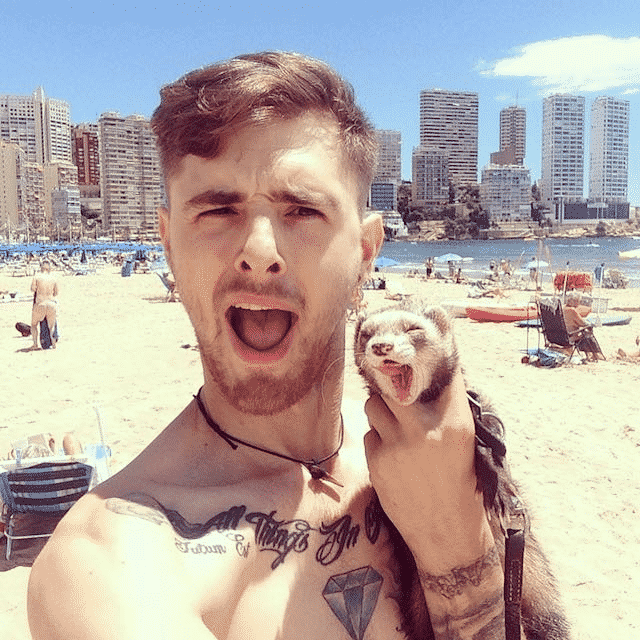 When you work in PR, sometimes the news can really get you down. In the last month we have had a virus passing around the world,  politics that are ramping up the negativity, and we recently lost a giant in both philanthropy and sports along with several others in a terrible accident. When you only focus on the bad and the sad in media you miss all the good that is out there, and the nice part of this job is that it let’s us see the full spectrum of news out there. This week there were some pretty cute stories out there featuring animals – and I bet you missed them all. Here is your dose of adorable for the week!

So let’s start with man’s best friend, which is apparently an elephant! Watch this video of a man and his elephant playing that went viral this week to see what I mean. It’s so cute! I know that my pup follows me around all day, investigating what I’m doing. Sometimes, she even tries to help, which is adorable. If bigger is better, then I can only imagine the joy of having a baby elephant follow you around. That trunk would be so helpful doing chores around the house!

There is this awful idea that you need things to be happy, and this airman proved that it’s not true. Charlie Hammerton made an important choice, happiness vs suffering. He went through several losses throughout the year, including his best friend and his mom. Instead of getting into a rut, he took the opportunity in front of him to leave everything he knew and travel the world – with his ferret. Check out his photos – he looks pretty happy with his choice. What a way to “make lemonade”!

Guys – a man helped birds and in return they brought him gifts and it is so cute – read about it here. I’m not sure which part is sweeter, the man caring for the birds or the birds giving him a gift in return.  On one hand, he saved the little birds (probably with the adult birds flying at him), then continued to feed them. On the other side, the birds noticed a human being kind and actually showed appreciation for the food! It’s incredible to note that the crows were apparently making art which shows a level of intelligence and appreciation that is rare in humans. I feel like this story is a gift for us.

Where has your focus been this week? Are you seeing the positive or the negative in the news?